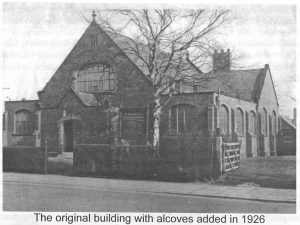 It is a great pleasure for us to extend our sincere thanks and congratulate all the members of Hindu community who have contributed their efforts and money for the completion of the beautiful temple. Building a temple is paradigmatic and ethical act. It is believed to be equivalent of offering sacrifice – an act which makes one truly pious. The Hindu community of Manchester has performed this pious act by building the temple under the guidance of the three trustees of Gita Bhavan Hindu Temple.

The population of Hindu community has increased during the last decade and it was felt that there was a great need of a community hall and a worshipping place. So that the young generation should understand its cultural and religious background. Gita Bhavan was only a vision seen by just a few foresighted Hindus. The Hindu cultural society started with five families in 1987, meeting once a month in a church hall. The present site was            bought in 1987, the vendor sold it with  the impression that a part of the property had to be demolished fro it was infected with dry rot, the broken windows and leaking roof. Manchester city council helped us to restore the building to its present standard with a substantial grant. The whole Hindu community of Manchester is highly indebted to the council for its kind gesture. A lots of alternations where made to hall to make it into a temple. 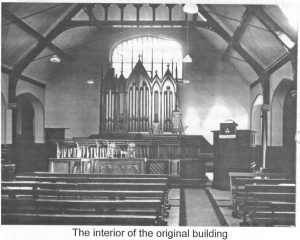 Gita Bhavan is not only a place for worship of the divine deities but it has become a centre of cultural and religious activities. It has created a sense of dignity amongst the Hindu population. It has been quite rightly remarked by one of visitors, “This temple will be a jewel in the crown of Manchester city.

This website uses cookies to improve your experience while you navigate through the website. Out of these, the cookies that are categorized as necessary are stored on your browser as they are essential for the working of basic functionalities of the website. We also use third-party cookies that help us analyze and understand how you use this website. These cookies will be stored in your browser only with your consent. You also have the option to opt-out of these cookies. But opting out of some of these cookies may affect your browsing experience.
Necessary Always Enabled

Any cookies that may not be particularly necessary for the website to function and is used specifically to collect user personal data via analytics, ads, other embedded contents are termed as non-necessary cookies. It is mandatory to procure user consent prior to running these cookies on your website.